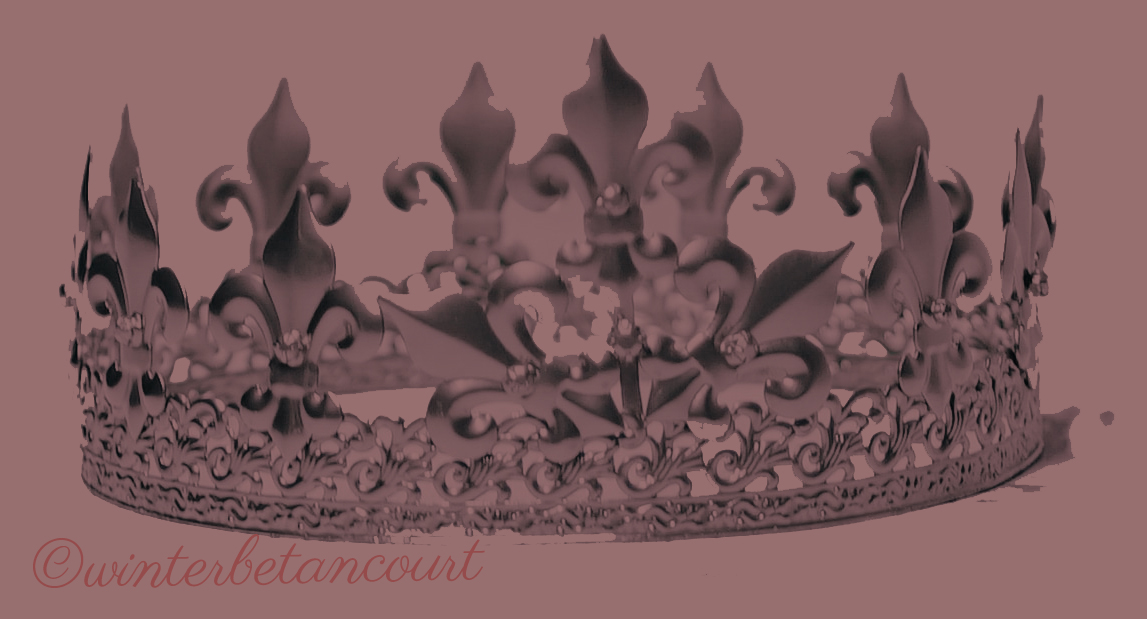 “She’s where she always is, staring into that mirror. Would you like to speak to her?” The man escorting me through the hallway leaned over and whispered, his eyes fixed to the woman gazing silently at her reflection in the mirror. I nodded. That’s what I had come here for, after all. “Very well.” He looked at me seriously for a moment before speaking again. “And Winter. Be careful. Don’t forget  who she is and what she’s capable of.” He motioned me forward and I stepped hesitantly into the room.

The queen looked up as I entered. Her eyes were striking–green, with swirls of gold. But this was no innocent beauty. There was cunning in her eyes, in her gaze. She looked at me, unsmiling. “So you’re finally here.” She raised her eyebrows. “Here to gawk at the disgraced queen. Before we speak, I must ask you. Have you come to talk, or have you come to listen?”

I paused before I finally answered. “I don’t know.” I admitted. “Maybe a little of both.”

She nodded. “Very well. Then let’s talk.” She motioned to two chairs by the window. As I approached the frosty pane I saw snow-covered hills outside the glass, an eerily beautiful landscape. I took a seat and she sat across from me, her posture straight and royal. For a second she watched the snow as it fell, and I thought that she seemed a little bit sad. I wondered if the snow reminded her–of her reputation, of her name, of everything she’d lost. Of the woman who had ultimately brought her down. Everyone said that the princess she’d tried to poison was as innocent as the snow that fell on a winter’s day.

“Why’d you do it?” I blurted out the question before I had a chance to stop myself. “Why did you try to poison her? She’d never done anything to you.”

She didn’t seem surprised by the question. “Let me guess.” She began, slowly turning her eyes away from the window. “You already know what you want to write.  You’ve made your mind up about me. You see the world as a fairy tale, divided into good and bad. I fall into the bad category, and therefore my actions are easily explained by one thing. I’m evil.” She waved at me dismissively. “You can go home now, your story is written.”

“I know it sound simplistic.” I shook my head. “But how am I that far off? You’re an evil fairy tale queen. That’s what you do.”

“You can think what you want about me and my moral character.” She said. “But I object to your analysis regarding my motivations. You think I did it out of hate. Let me tell you the truth. I did it out of love.”

I laughed. “That’s ridiculous. Love for yourself, maybe.”

“No!” She raised her voice and gripped the arms of her chair more tightly. “No, not love for myself.” She pointed at the ornate mirror hanging on the wall.  “When I look into that magic mirror, Winter, he tells me I’m the most beautiful woman in the world. He tells me I’m the one whose face he can gaze upon until the end of time. That my voice, is the the only one he wants to hear for all eternity.” Her voice dropped. “At least, he told me. When she came around, he went silent.” She sat back in her chair, deflated. “When I was no longer the most beautiful, he stopped speaking to me. I missed his voice. I missed seeing him.” She looked back up at me. “He hasn’t been back since. Without that mirror, I’m nothing.”

I opened my mouth to try to argue with her, but found I came up empty. Her eyes looked too sad. “I’m sorry.” I finally said.

“Have you ever had something you loved taken away?” She asked, narrowing her eyes. “Would you not have done anything to get it back? You’re a sentimental person, Winter. Surely you love many  things.”

“I suppose it depends.” I answered, not wanting to allow her to turn the subject to me. I didn’t trust her enough for that. “So you poisoned her because you wanted him to come back. The story makes it seem that you just couldn’t stand not being the most beautiful. That it was your vanity that was hurt. Not your heart.”

She laughed angrily. “If only it were that simple. I poisoned her because I loved how he saw me. I wanted to be everything to him. She was just collateral damage. Isn’t that what love is? The willingness to do anything in order to preserve that which you love most?” She examined me for a minute, her eyes calculating.

“If you understand what I’m saying, then you and I, are not really that different.” She turned away from me. “I need to rest. I’m afraid our interview is concluded.” I nodded. I was disappointed that it was over so quickly, but I didn’t want to overstay my welcome. I thanked her, but she didn’t respond. She was already lost in her own thoughts. I rose from my seat.

When I left her she was staring into that empty mirror, probably hoping that today was the day he would speak to her again. I hoped for her sake that maybe it would be. Though somehow, I doubted it.

I didn’t understand the queen’s version of love. It seemed selfish. I didn’t even know if I could trust it. She could be manipulating me, lying for her own benefit. But it did make me think. She clearly believed in love, and she was expressing it in a way that made sense to her. I thought about the things the queen said, and I thought about my own story.  Was the analysis of my antagonist incomplete? Had I taken into account that maybe some of my character’s actions were motivated by something other than just revenge…by something other than just being evil? Did love have a place in my story for someone besides the main characters? Had I been unfair by not asking myself that question earlier?

I found that as I examined the question, the more it made sense to me. I may not understand it and may not trust it, but love existed, even for an evil fairy tale queen. And in order to fully understand my character, I would have to approach it with an open mind. I would have to acknowledge that maybe I didn’t know as much as I thought I did about my characters’ emotions and their complexity. I sat down at my computer, and I began to write.