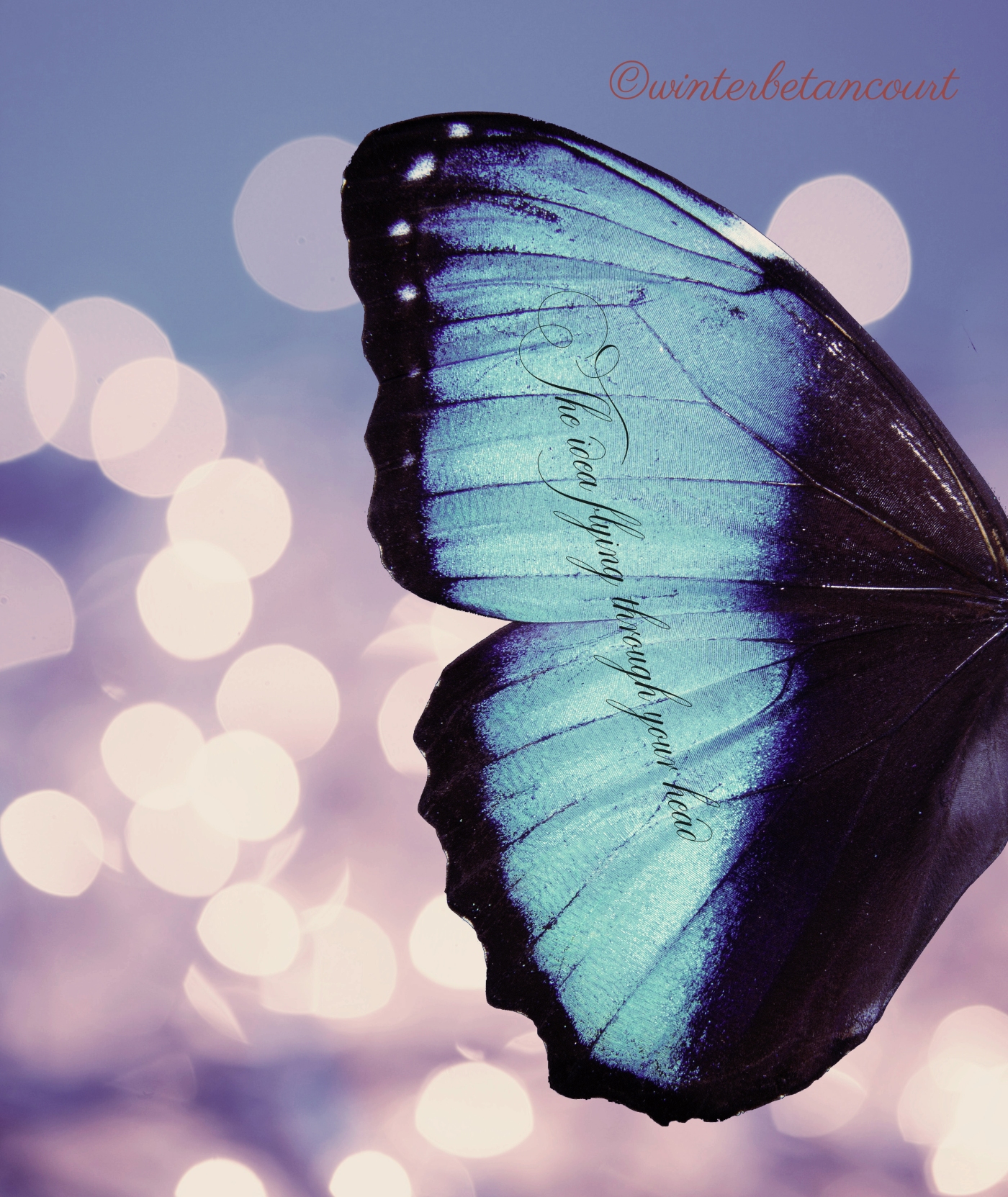 “If you stand outside on a warm night, I will come to you.”

It was late at night, and I was very tired. I wanted to work a little bit longer–it was too early to break away. I stared at the blank screen, feeling the frustration tie my stomach into a knot. And I ignored the whisper. For another hour I sat, and stared. I had such little time to work during the day. The night, after the rest of the world slept, was the only time I had to write. I couldn’t afford to step away.

After another two hours, I finally stood up.  It didn’t do me any good to try to force it any longer. I was out of ideas, and I needed some inspiration. Stepping away from the screen, I headed outside.

I took a seat on the grass, and looked up into the dark sky. The night was full of sounds– crickets chirping, the distant sound of a car on the highway, an owl somewhere deep in the woods. It felt strange, sitting out here alone. “Alright then.” I whispered into the night. “I’m here. Speak to me.”

A light blinked, only a few inches from my face. And then another, and another. And the night was suddenly filled with lights, like a thousand stars. I stretched my hand out and the lights darted away from me.  A second later they drew closer, and I saw that they were glittering butterflies, with spidery writing decorating their wings. I tried to reach them again, curious as to what the writing said. But each time the insects flew nimbly away. For several minutes more I tried in vain to catch one of the glowing butteries. I finally sat back, frustrated and defeated.

Tired, I rubbed my eyes and thought about the warm bed inside. It was silly to come out here, expecting an epiphany of some sort. What had I thought, that the perfect idea, the one that I needed, would magically land in my hand, written on the wings of a beautiful butterfly? If only life were that easy. I watched the butterflies for a while longer, the golden writing on their wings catching the lights of the stars, too fast for me to read. Then they began to fly faster and faster, until they were nothing more than pure golden light. They rose steadily, and with a soft rush of air flew off into the night.

I watched them leave, leaving the night dark and still behind them. I wondered what their wings said. Who they were destined for? I didn’t know. I imagined that those ideas belonged to other writers, other voices, other times and places. I wondered who would nurture them into their full potential? Who would transform them from a whisper on a wing into a thing of form and substance? I hoped that each one found a home with the right person.

I turned and headed back into the house, disappointed.  I was ready to go to sleep for the night. Heading back down the hallway, I caught a glance of my tired eyes in the hall mirror. And then I stopped.

A glittering butterfly sat on my shoulder, its wings gently flapping. I stared at in amazement. Slowly, I raised my hand to my shoulder. The butterfly climbed onto my hand. Gently, I lowered my head and read the butterfly’s wing.

“I’m the thing that still flies through your head when everything else is gone.”

The butterfly flapped its wings, and lifted from my hand. With a flash of glittering light it disappeared into the night, likely following the others. I frowned, my eyes still locked to the spot where it had disappeared. I wasn’t really sure what that meant.

I got into bed, my mind still working. Before I drifted off to sleep I thought about the idea I had, the one that always popped into my head at random moments during the day. I had never considered writing about it, it had never seemed like the right time. Or maybe it had never seemed good enough, or interesting enough. But it was always there, persistent. It was always the last one left after everything was dark and still and the madness of my thoughts had faded away.  I sat up in bed and scribbled the idea down in the notebook I kept by the nightstand. Tomorrow, it would have a chance. I lowered the pen and went to sleep.